The article “Servitization: A contemporary thematic review of four major research streams” published in the trade magazine Industrial Marketing Management describes servitization as a change in value creation away from sole products and classic services towards a combination of products, services and data. The article provides an overview of the previous literature on servitization and illustrates future research questions. These research questions help the project Data Mining and Value Creation to systematize and derive its own research topics.

The article “Digital servitization business models in ecosystems: A theory of the firm”, which will be published in the Journal of Business Research, describes the change from product to services and data (servitization) from the perspective of value creation systems (ecosystems). It discusses different theories for describing, explaining and designing digital value creation systems. This discussion provides the project Data Mining and Value Creation with a theoretical basis for the investigation of multi-stakeholder cases.

Digital servitization business models in ecosystems: A theory of the firm

The article “Growth Paths for Overcoming the Digitalization Paradox” in the journal Business Horizons discusses a phenomenon that is important in the context of the project Data Mining and Value Creation. Despite the proven opportunities to increase sales through digitization, data and data analysis, companies often experience a digitalization paradox. This paradox suggests that while companies invest in digitalization, data access and data analysis, they often do not achieve the expected revenue growth.

The article introduces the digitalization paradox as an important phenomenon in the discussion about increasing sales through digitalization. The authors concentrate on industrial companies and describe three growth paths: 1) commercialization of digital solutions, 2) use of product connectivity and 3) development of an application business based on IoT platforms. In order for these growth paths to develop, initial investments are necessary. The article shows how growth traps can prevent revenue growth despite companies investing in changes to the business model, explaining the digitalization paradox. 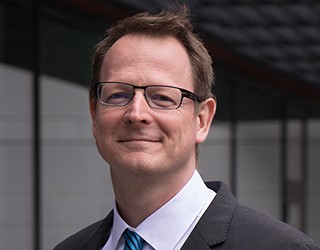