Dear Ms. Ries, what led to the idea of holding a workshop with the City of Leipzig?

The City of Leipzig was involved in the initiation of the Data Mining and Value Creation project. At our kick-off event in November, we were able to further our interest in working together in exchange with Brigitte Brück, the city's department head for trade fairs/media/logistics/health. This resulted in a first meeting in December last year, at which the groundwork was laid for the workshop. The aim was to understand what data actually exists and to find ideas to use them. In order to engage all participants, we decided to use the brainwriting method.

Can you explain this method in more detail?

Brainwriting is very similar to brainstorming. The difference is that everything happens in writing. This promotes concentration and helps to capture ideas. It also allows participants to get involved who would otherwise not participate so strongly in group situations. While brainstorming is about collecting a lot of ideas, brainwriting focuses on strengthening ideas. In small groups, the participants consider individual suggestions. These are elaborated in turn by all members within the group. The result is not just rough proposals, but more mature ideas. We had two groups at our meeting who worked very differently. One of them determined the intervals in which they added ideas in writing, discussed them and passed them on largely by themselves. The other group needed a little more moderation in order to make the different perspectives of the participants on all suggestions visible and not just tinker with one idea. Overall, the brainwriting method worked very well in my opinion.

Which results of the workshop surprised you?

Above all, that the city already has and uses a relatively large amount of data, for example geoinformation data. The participants also had good ideas on how to link the data. I particularly liked the fact that the user perspective was taken into account in some of the proposals. The workshop groups concentrated on what could benefit the citizens of Leipzig. I found this very empowering for the cititzens.

What is the next step in the cooperation with the City of Leipzig?

We are currently reviewing the workshop results in order to make them available to all participants. Afterwards, our project team as well as the City of Leipzig will evaluate the ideas. We want to see whether there are any suggestions that we can support or implement within the framework of our project. In another meeting we want to plan the next steps together with the city of Leipzig.

What insights will you take along for the next workshops, even with other partners?

The workshop was divided into two parts. The first part was less interactive, which was also noticeable in the rather reserved atmosphere. At the beginning of the second part, the participants had to solve a riddle. That really loosened things up. After that, there was a completely different atmosphere. The participants were much more present and committed. That's why I would put such an interactive part right at the beginning next time. This makes the participants relaxed and activates them for the workshop. In addition, next time we want to pay more attention to the group composition so that approximately the same number of men and women are represented. After all, value creation from data is a topic for the future that affects everyone.

Thank you very much for the interview. 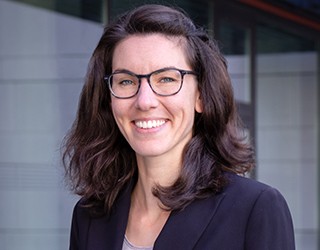 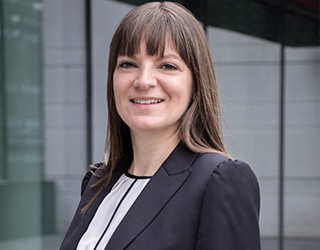